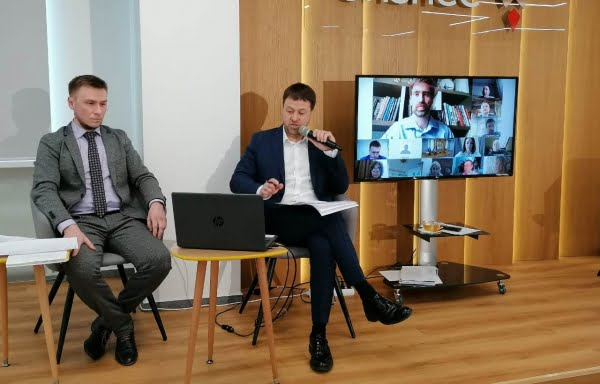 Deputy Chairman of the Government of Leningrad region Dmitry Yalov noted that it is important to hear all the parties.

The representatives of small business told about their interaction with banks concerning the announced measures of support for the affected industries. Besides, the Commissioner for Protection of Entrepreneurs’ Rights in Leningrad Region Elena Ruleva told what kind of requests do regional entrepreneurs have concerning bank issues. Among such problems are refusals and necessity to collect a large number of documents.

The discussion showed that banks are trying to organize work with applications constructively. This process also needs some time and it is being gradually established. The representatives of the banks noted that they are interested in receiving information and feedback from business in order to organize the processes transparently, quickly and consistently. And Fund for Support of Entrepreneurship and Industry of Leningrad Region is able to provide support in this direction, it accumulates applications of entrepreneurs about existing problems concerning interaction with banks and helps to solve them individually.

The Fund is also implementing some regional measures of support for entrepreneurs, including microloans for small and medium-sized business for payment of salary for employees. Chairman of the Committee for Development of Small, Medium-Sized Business and Consumer Market of Leningrad Region Svetlana Nerushay and Director of the Fund Valeriy Beresnev provided more detailed information about such measures of support.

The fifth anti-crisis online conference was organized as a part of meetings “New crisis – new opportunities” dedicated to the current issues of business of Leningrad region. Live streams of all events, including this one, are available on our YouTube channel Lenoblinvest 47.