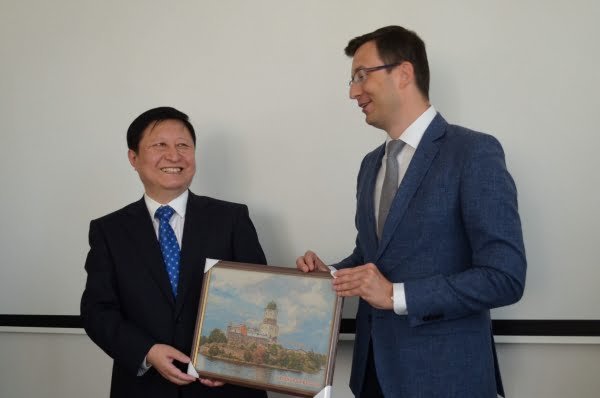 Possibilities of cooperation between Leningrad region and a Chinese city Xi'an were discussed during a meeting in Economic Development Agency of Leningrad Region.

Leningrad region is the territory of successful investments where many promising investment projects are being implemented. Chinese partners expressed their interest in cooperation and development of business ties between our regions.

First Deputy Chairman of the Committee for Economic Development and Investment Activity of Leningrad Region Anton Finogenov presented investment potential of the region, opportunities and promising spheres for Russian-Chinese cooperation. In particular, the Chinese party expressed interest in conditions provided for investors in the territory of advanced social and economic development Pikalevo.

Besides, three priority projects of Leningrad region on transport hubs are being considered: Devyatkino, Kudrovo, Sertolovo. They are attractive in terms of investments. The expected passenger traffic there is up to 200,000 passengers per day. These projects include construction of terminals, new stop complexes for high-speed transport, car parks, trade infrastructure facilities and offices.

Xi'an is a rapidly growing subprovincial city in Shaanxi Province in the centre of China, a historical and cultural centre with the population of almost 6 million people. GRP of the city came to 8 trillion poople in 2018.