Expansion of cooperation with China 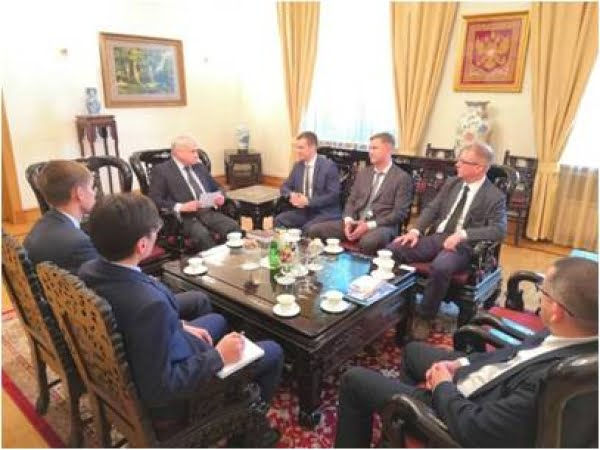 Economic Development Agency of Leningrad Region expands cooperation with Chinese partners in order to attract investors from China and expand export of products manufactured by enterprises of Leningrad region.

Director of Economic Development Agency of Leningrad Region Andrey Sergeev and Advisor to the Director Nikolay Vavilov held several meetings in China and gave presentations of investment and trade potential of the region.

During a meeting with the Ambassador of the Russian Federation to the People’s Republic of China Andrey Denisov the parties discussed possibilities of strengthening economic cooperation between Leningrad region and Chinese regions within the frameworks of the years of inter-regional exchanges. A meeting with the Trade Mission of the Russian Federation in China was aimed at establishment of regular exchange of information and interaction concerning attraction of investments and organization of export to China.

During a meeting with Vice Chairman of the Chamber of Trade and Industry of Beijing Ms. Lin Bin the parties decided to intensify cooperation, in particular to organize joint events of the Chamber and Leningrad region.

During the working visit negotiations were held with representatives of such provinces as Shandong,  Henan, Sichuan, Hebei which is a twin region of Leningrad region, the city of Qingdao – the largest urban economy of China.

Andrey Sergeev told about advantages of localization of Chinese enterprises in industrial parks of Leningrad region and presented trade and economic potential of the region. Modern developments of the regional enterprises were also presented, such as the system of environmentally friendly recycling and creation of “green” energy and organic fertilizers.