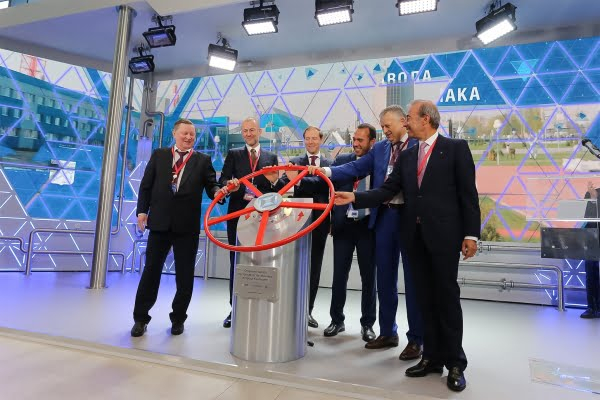 “There are two points of view, both in life and at the Forum – optimistic and pessimistic ones. I prefer optimism, but will address the pessimists who ask why do we need the economic forum after all. I’ll give an example of cooperation with EuroChem company. Four years ago they made a decision on construction of a plant, three years ago we signed all documents and today we are launching the most modern ammonia production plant in Europe. And the second question of pessimists is – does SPIEF have prospects? My answer is – we’ve just decided with EuroChem that production will be expanding and further investments will come to 150 billion rubles,” noted Alexander Drozdenko at the opening ceremony.

The ammonia production plant is the largest investment project of EuroChem. New production facility is located in the territory of industrial group Phosphorit in Kingisepp. Construction of a new enterprise of EuroChem is a large investment project which was implemented from 2016 to 2019. The total volume of investments in the project – 1 billion USD, capacity – 1 million tonnes of products per year. The project was implemented with participation of an Italian company Maire Tecnimont and Russian Velesstroy with support of the Ministry of Industry and Trade of the Russian Federation, the Administration of Leningrad region and Italian export and credit agency SACE.

The investment project will allow significantly expanding the volume of export, 150 new jobs were created at the enterprise. Annual tax payments of the new enterprise in the budgets of various levels will come to 3 billion rubles.