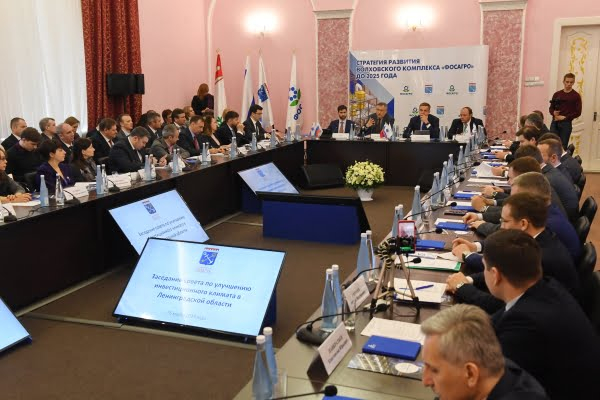 Foreign investors are interested in Leningrad region. This information was provided during a session of the Council on Improvement of Investment Climate of Leningrad Region by Executive Director of AmCham Saint Petersburg (the representative office of the American Chamber of Commerce in Russia) Maria Chernobrovkina.

AmCham and KPMG consulting company conducted a survey among representatives of foreign companies working in Russia about business prospects in the country. Among 51 respondents 19 were from Leningrad region. Growth of foreign direct investment continues in Leningrad region. According to the results of nine months of 2018, Leningrad region occupied the 6th place in Russia in terms of this index.

“Most of the respondents noted significant improvement of the process of going through interdepartmental, administrative procedures, simplification of documentation procedures, effective measures of support provided in the form of tax benefits and subsidies,” said Maria Chernobrovkina.

Besides, Economic Development Agency of Leningrad Region became a recognizable brand as the “one-stop-shop” for investment projects support.

According to the AmCham survey, respondents have positive attitude concerning future of their business and almost a half of the respondents announced their plans on expansion of their presence at the Russian market.

The respondents also noted some improvements which should be implemented in the work with business in Leningrad region, such as development of transport and energy infrastructure, continuity of the measures of government support concerning replacement of tax benefits with other tools.