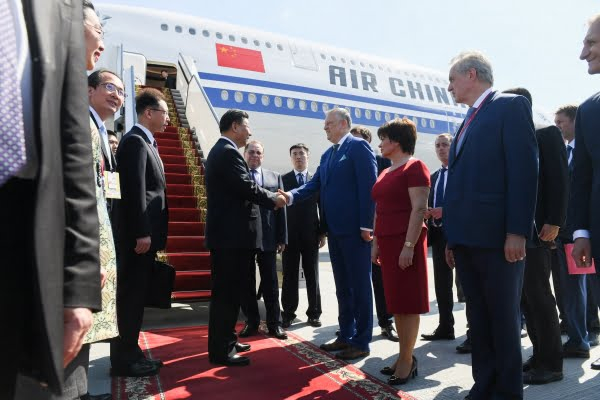 The Governor of Leningrad region Alexander Drozdenko participated in a meeting with the delegation of the People’s Republic of China – the main partner of St. Petersburg International Economic Forum.

The leader of the PRC arrived to Pulkovo Airport from Moscow where he previously had ceremonial events and negotiations at the level of heads of two states – this official visit coincided with the 70th anniversary of establishment of diplomatic relations between Beijing and Moscow.

St. Petersburg International Economic Forum is taking place from 6 to 8 June. It is organized by Roscongress Foundation. According to the estimates of the organizers, the delegation of the PRC at the Forum will amount to about 1,000 people.