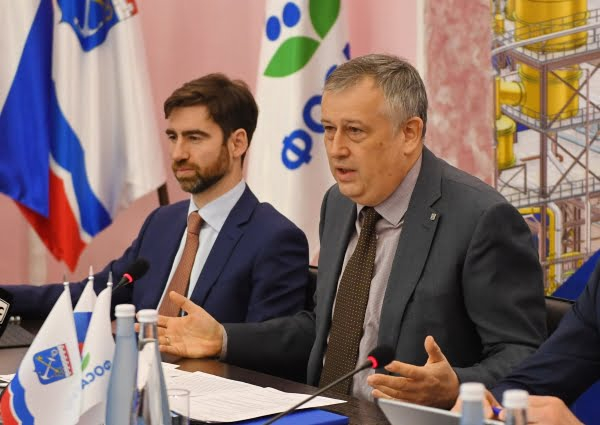 A session of the Council on Improvement of Investment Climate in Leningrad Region took place on 26 March.

One of the main issues discussed during the session was chemical industry. The Secretary of state – Deputy Minister of Industry and Trade of the Russian Federation Victor Evtukhov noted that chemical industry increases its volume at the domestic and foreign markets: according to the results of 2018 growth came to 15.4%.

Today Leningrad region is a key region in terms of expansion of export of chemical industry products in Russia. Four large investment projects on creation of export-oriented chemical production plants are being implemented in the region, including the project on construction of phosphate fertilizers production plant on the basis of Metachem in Volkhov which was presented by CEO of PhosAgro Andrey Guriev.

Deputy Chairman of the Government of Leningrad region – Chairman of the Committee for Economic Development and Investment Activity Dmitry Yalov said that selection of companies for participation in corporate programmes aimed at increase of competitiveness will start at the federal level on 1 April. Eleven companies from Leningrad region have already expressed their willingness to join the programme. Manufacturers participating in the programme will undertake export obligations in exchange for the guaranteed long-term government support which will include support of products transportation and concessional lending.