Home / News / The region ensures stable operation of the economy

The region ensures stable operation of the economy 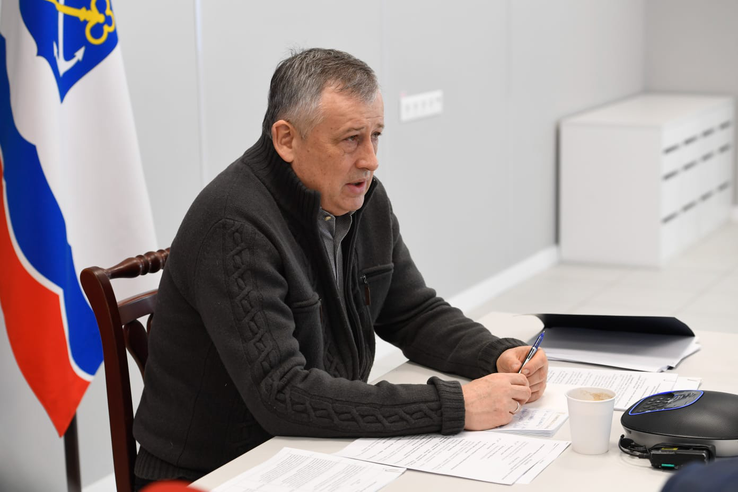 “Monitoring of the situation shows that the region's economy is stable. None of the enterprises with both foreign and domestic capital has yet announced its closure. We have one of the lowest unemployment rates in the region and the largest bank of vacancies. We are fulfilling the indicators of the first quarter in terms of revenues from the regional budget.

Today, our task is to preserve all existing enterprises as much as possible, to consider the possibility of organizing their uninterrupted work, to do everything to ensure that construction projects in 2022 are completed on schedule,” the governor emphasized.

The participants of the headquarters discussed measures to support the construction industry, agro-industrial, timber industry and transport and logistics complexes of the Leningrad Region.

The region will provide the most favorable business conditions. Thus, it is proposed to automatically renew licenses and permits for a year, expand the list of backbone enterprises for receiving federal support and preferential loans, organize weekend fairs, where trading places for individuals and legal entities will be provided.

Among the measures to support the economy approved by the headquarters are expanding the list of industries for receiving an investment deduction, stopping the accrual of interest on fines imposed on businesses, subsidizing 50% of the rent for those involved in import substitution, doubling the maximum indicators for the number of employees and the maximum annual revenue for classifying enterprises as small businesses.

To reduce temporary losses, the head of the region instructed the finance committee to prepare a regulatory framework that provides for the possibility of redistributing 10% of budget funds through the adoption of governor's resolutions.

Alexander Drozdenko instructed the construction block to work out a simplified procedure for agreeing and adopting the PZZ and other urban planning documents.

In general, all bureaucratic procedures that hinder business development should be reviewed. As the governor noted, the period for issuing documents on the decisions of the operational headquarters should not exceed three days with all approvals.