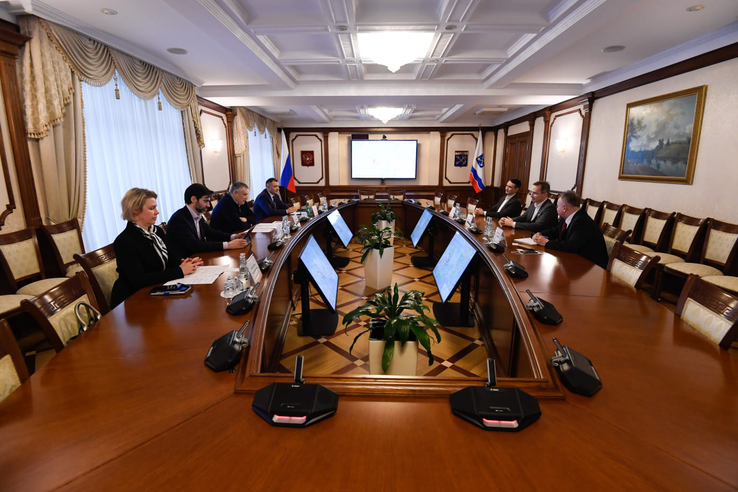 McDonald's plans to double the number of fast food restaurants in the region in the next 5 years and conclude an agreement with the Leningrad Multicenter for Social and Labor Integration on training and hiring its graduates.

The prospects for cooperation in social projects, the use of products from Leningrad suppliers in production were discussed today by the Governor of the Leningrad Region Alexander Drozdenko at a meeting with the company's CEO in Russia, Mark Karena, and his successor, appointed in February as the new CEO in the Russian Federation, Oleg Paroev.

“The Leningrad region is interested in cooperation and is ready to provide comprehensive support to businesses for the successful implementation of investment projects in the region. McDonald's is the world's leading company and a major taxpayer. Taking into account the high social responsibility of business, the prospects for the development of agriculture, we are ready to support the company's development projects in the Leningrad Region,” Alexander Drozdenko emphasized.

Today there are 11 chain restaurants in the region: in Vyborg, Gatchina, Kingisepp, Kudrovo, Murino, Novy Devyatkino, Poroshkino, Sosnovy Bor. The company has created about 1,000 jobs in the region, and annually invests about 5 million rubles in the training and development of personnel.

A number of agricultural enterprises in the region are already supplying poultry and egg products to the company's restaurants. Leningrad producers of vegetables, salads, mushrooms, and milk declared their desire to become suppliers.