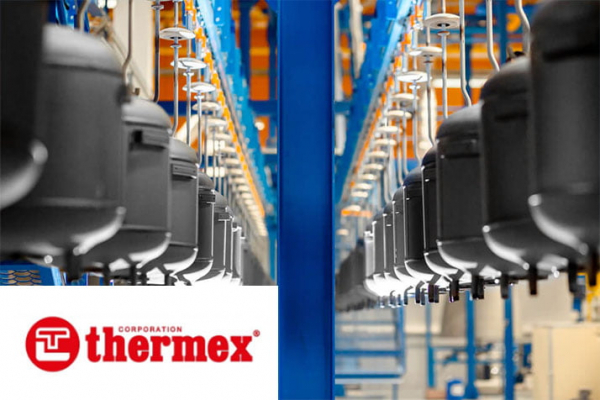 We chose Leningrad region for construction of our new factory due to two reasons. First of all, it is geographical location. We have all opportunities to use the way to Europe paved by Peter the Great many years ago. And today we export our products to many countries in the world through it. Second, Leningrad region has favourable business climate. The Government of Leningrad region provided huge support. Helping us with a land plot, tax benefits, vast amount of approvals, and connection to the engineering network… As a result, we were able to launch a highly technological factory from scratch in just 14 months, which remains a record in our sector. We are truly grateful to the Government of Leningrad region and the team of the Front Office for their support. Thermex is always ready for cooperation.

Thermex Corporation is an international commercial and industrial group of companies, the largest specialized manufacturer of water heaters in Russia and one of the largest in the world since 1949.

The full-cycle production plant Heating Equipment is the main production facility of Thermex Corporation in Russia.

The leading experts from Italy, Switzerland, Germany and Russia, who have years of expertise and numerous leading water heater production plants across the world, were involved in designing and constructing the factory. During the construction of the plant the latest innovations were applied, resulting in the largest full-circle factory – from a sheet of steel to the end product – that manufactures water heaters in Russia and one of the most technologically advanced in the world.

up to 2 million water heaters per year
1949: Thermex – the legendary water heater brand – was founded
1995: first Thermex products entered the Russian market
2007: the innovative Heating Equipment factory in Tosno, Leningrad region was opened
The factory became one of the most technologically advanced in Europe. Production capacity –750,000 water heaters per year.
2008: won the award for “The best investment project”
Thermex received the status of one of the most important investors for development of the region which had a key impact on economic growth of Leningrad region.
2010: the second production line was commissioned, enhancing the factory’s production capacity to 1.5 million units per year.
2011: Thermex received personal recognition from the President of the Russian Federation Dmitry Medvedev who thanked the company for its active contribution into economic development of Leningrad region, its integration in the economic system of the Russian Federation and creation of favourable conditions for development of all types of entrepreneurial activity in the region.
2015: the third production line was opened:
- the latest technological line for production of innovative energy-efficient types of water heaters with advanced energy conservation characteristics was commissioned
- the area of production facilities was increased to 60,000 sq. m., the level of automation reached 90%, enhancing the speed of production to 4 units per minute
- production capacity of the factory was increased to 2 million units per year
2017: products of Heating Equipment factory received the mark of quality “Made in Leningrad region”
2018: a tripartite agreement between the Government of Leningrad region, Thermex Corporation and ITMO University was signed, outlining the future collaboration in training highly qualified personnel for the most technologically advanced factories in the region.